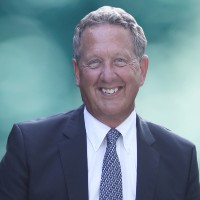 Ken Peterman serves as Comtech’s Chairman, President and CEO. Upon joining the Board as an independent director in May 2022, Ken was later elected Chairman, and became President and CEO in August 2022. Comtech is a market leader in space & satellite communications and terrestrial & wireless network infrastructures.

Ken has enjoyed a distinguished career as a thought leader and innovator in the challenging aerospace and defense technology sector, successfully leading large, complex, global enterprises to achieve differentiated growth in a variety of diverse market environments. Ken has won multiple awards for his innovative leadership, including: 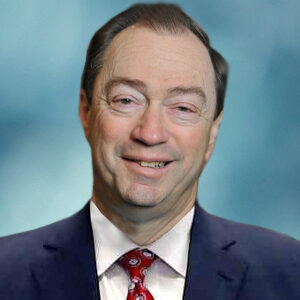 Lawrence J. Waldman has been a director of Comtech since August 2015. He serves as a member of the board of directors and Lead Independent Director of APYX Medical (formerly Bovie Medical Corporation). He is also a member of the boards of directors of CVD Equipment Corp and, through October 21, 2018, was a member of the board of directors of Northstar/RXR Metro Income, Inc., an SEC registered non-traded real estate investment trust. Mr. Waldman currently serves as Senior Advisor at First Long Island Investors, LLC and was previously an Advisor to the accounting firm of EisnerAmper LLP following his role as Partner-in-Charge of Commercial Audit Practice Development for Long Island. Prior to joining EisnerAmper LLP, Mr. Waldman was the Partner-in-Charge of Commercial Audit Practice Development for Holtz Rubenstein Reminick, LLP from July 2006 to August 2011. Mr. Waldman was the Managing Partner of the Long Island office of KPMG LLP from 1994 through 2006, the accounting firm where he began his career in 1972. 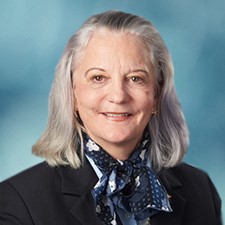 Wendi B. Carpenter, age 66, is a retired U.S. Navy Rear Admiral (2 star) and a trailblazer of women in Naval Aviation. In October 2011, she completed a distinguished and highly decorated 34-year career, having been the first woman aviator selected to Flag rank. As an aviator, she operated as a mission and aircraft commander in a specialized communications aircraft, deploying with her crew of eighteen throughout the Pacific in support of the nation’s strategic nuclear triad. At more senior ranks, her duty assignments included commanding or serving as deputy in large and complex organizations, often leading thousands of personnel while overseeing worldwide maritime and air operations, logistics (Navy Pentagon), facilities management (Deputy, Navy Region Southeast), and training of strike group and joint forces (Vice Commander SJFHQ, U.S. Joint Forces Command and Deputy, U.S. Second Fleet). She also served in key advisory roles and board positions with private, education, and government organizations and agencies, as well as being heavily involved in developing the Navy’s Strategic Plan (regional and global risk assessment and asset allocation). Her final assignment in the Navy was as “Navy’s Innovator” – the Commander of the Navy Warfare Development Command (NWDC). At the helm of NWDC, she spearheaded the systems development and deployment of unmanned vehicles (air, surface and sub-surface), small satellites, cloud cyber and simulation capability, and other highly sophisticated classified technology innovation. With high level clearances, she oversaw a major R&D budget, partnering closely with NASA, government agencies, the Navy Research Lab, the Warfare Centers, and major university labs to take technology innovation from concept to manufacture. Rear Admiral Carpenter was also often called upon to speak or represent the Navy at key defense industry forums and in coalition and international engagements. Noted for her work with Women in Aviation International, Women in Sea Services Organization, and the U.S. Institute of Peace, she was also a “right-hand” and advisor to the Navy Chief and Vice Chief of Naval Operations on roadmaps and strategies for women and minority recruitment, retention, and career opportunity.

Rear Admiral Carpenter served as the tenth President of the State University of New York Maritime College from 2011 to 2013 and as Special Envoy for Maritime Matters from 2011 to 2013. She was instrumental in developing a concept for new training ships for the state maritime colleges and initiated the pivotal and foundational legislative engagements which resulted in Congressional funding. Rear Admiral Carpenter served as a Strategic Advisor to the Secretary General World Maritime Organization and World Maritime University Board of Governors, a post graduate research institution in maritime and ocean-related studies, from October 2013 to May 2015.

Rear Admiral Carpenter is a member of the Board of Advisors of Kokes Marine Technologies LLC, a marine research and component testing and evaluation company. She previously served on the board of directors of SkyWater Technology, Inc. (NASDAQ: SKYT), a United States based semiconductor engineering facility and foundry, where she was Chair of the Compensation Committee and strategic advisor on government sector opportunities. From 2016-2019, she served as a Member of the Affordable Housing Advisory Council to the Federal Home Loan Bank of Atlanta, a United States Federal Home Loan Bank and regularly spoke at forums designed to promote greater opportunity in housing and education for underserved populations. She has served in various capacities with numerous nonprofit organizations also.

Rear Admiral Carpenter holds a Bachelor of Science in Psychology from the University of Georgia, a Master of Arts in International Relations from Salve Regina University, and she is a distinguished graduate of the U.S. Naval War College, with an emphasis in strategic studies. Rear Admiral Carpenter has also completed numerous executive courses in business, organizational transformation, and diplomacy, including the Capstone Program at the National Defense University and the Senior Policy Course at the NATO School. 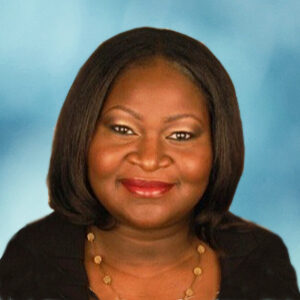 Judy Chambers joined the Comtech board in August 2021. Ms. Chambers currently serves as a Managing Principal and a member of the Board of Meketa Investment Group, which provides investment advisory services and consults on over $1.5 trillion in assets for more than 200 clients. Ms. Chambers works with some of the largest institutional investors in the United States including public pension plans, corporations, endowments, foundations, and insurance companies. At Meketa, she is a member of the Private Markets Research, Emerging and Diverse Manager, Diversity Leadership and Marketing Committees. In addition to her current role, she serves as a member of the Board of Trustees for Community Service Society of New York, an organization that is an advocate for the poor in New York City. Ms. Chambers has held senior roles with Caswell Capital Partners, a merchant bank that served small and middle market sized companies and at Lehman Brothers where she originated and executed transactions in high yield bonds, leveraged loans and bridge financings related to mergers and acquisitions, leveraged buyouts and recapitalizations. 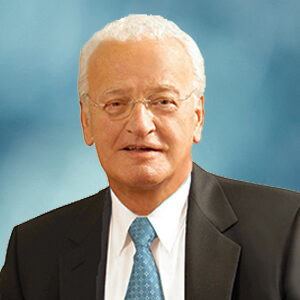 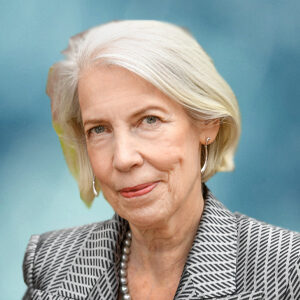 Ms. Lesavoy has been a director of Comtech since March 2020. Ms. Lesavoy is the owner of Lesavoy Financial Perspectives, Inc., a New York City based financial counseling firm which she founded in September 1990. Lesavoy Financial Perspectives, Inc. serves as a family office, advising its clients who are affluent individuals, as well as closely-held businesses, charitable entities, family and charitable trusts, and estates, on strategic planning opportunities to achieve their long-term goals of income and estate tax savings, wealth accumulation and transfer, asset protection, debt structuring and succession planning for business interests. The company counsels clients on complex financial, tax, investment, debt and insurance strategies in the areas of both corporate planning, including compensation and benefit arrangements, as well as individual planning. It assists its clients to implement its recommendations through a combination of legal arrangements. 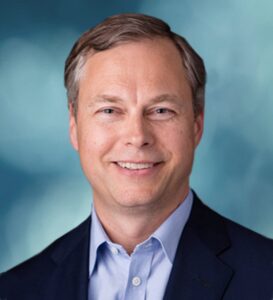 Prior to founding White Hat, Mr. Quinlan was Managing Director and Co-Head of the Global Technology Investment Banking Group at Stifel. In addition, he served as a Member of the firm’s Investment Banking Management Committee as well as the Fairness Committee. Mr. Quinlan joined Stifel in 2010 through its merger with Thomas Weisel Partners. Mr. Quinlan joined Thomas Weisel Partners in 2000 from Merrill Lynch and was promoted to Partner in 2006. He joined Merrill Lynch in 1996 following two years with Brown Brothers Harriman & Co.

During his investment banking career, Mr. Quinlan advised numerous corporate boards on a broad range of strategic and corporate finance decisions. He maintains extensive senior executive relationships across the technology, investment management and financial services sectors.
Mr. Quinlan received an A.B. in Economics and a Certificate in Political Economy from Princeton University in 1994. He resides in New York City. 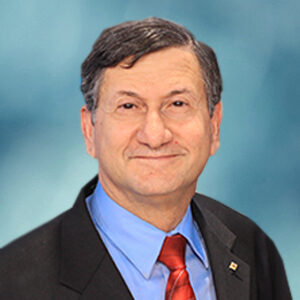 Dr. Yacov A. Shamash has been a director of Comtech since October 2016. He is a professor of Electrical and Computer Engineering at Stony Brook University where he was the founder of the New York State Center for Excellence in Wireless and Information Technology. He previously served as the Vice President of Economic Development, the Dean of Engineering and Applied Sciences, the Dean of the Harriman School for Management and Policy. Prior to joining Stony Brook University, Dr. Shamash developed and directed the National Science Foundation Industry/University Cooperative Research Center for the Design of Analog/Digital Integrated Circuits and also served as Chairman of the Electrical and Computer Engineering Department at Washington State University. He also serves on the Board of Directors of KeyTronic Corp., and Applied DNA Sciences, Inc. and Gold Coast Bank. Dr. Shamash holds a Ph.D. degree in Electrical Engineering from Imperial College of Science and Technology in London, England.